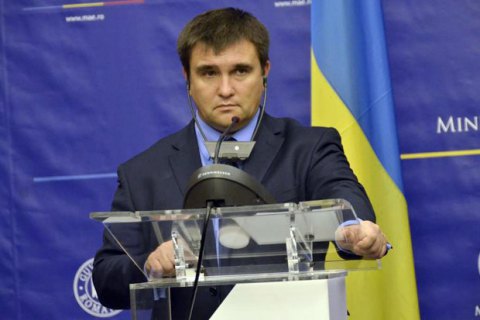 Ukrainian consuls in Moscow have visited three wounded Ukrainian sailors who were captured by the Russian military in the Black Sea off the Kerch Strait, Ukrainian Foreign Minister Pavlo Klimkin has said at a briefing in Milan.

He attended a meeting of OSCE ministers there.

"Our consuls are meeting the three wounded guys as I speak. They will meet them on a daily basis to see how they do by Saturday," he said.

The consuls managed to source a schedule of consular visits from the Russian Foreign Ministry on the morning of 6 December.

On 25 November, Russia attacked and captured three Ukrainian naval vessels in neutral waters of the Black Sea off the Kerch Strait. It detained and arrested 24 Ukrainian sailors, including three wounded ones.