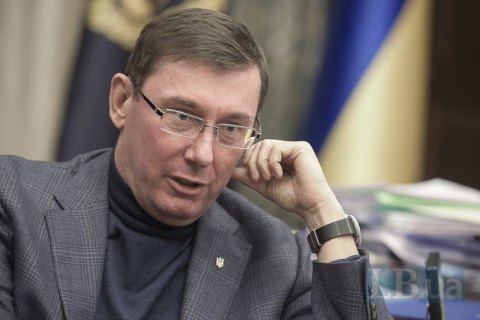 Prosecutors have declared certain Oleksiy Levin another suspect in the murder case of Kherson public activist Kateryna Handzyuk, Prosecutor-General Yuriy Lutsenko has said at a briefing in Odesa.

According to him, Levin was an "important element of the preparation and arrangement of the attack on Handzyuk," he said.

Levin had previous criminal records and has fled Ukraine, Lutsenko said. The suspect has been declared wanted.

According to MP Mustafa Nayem, who is a member of the ad hoc investigative commission on the Handzyuk case, said that Oleksiy Levin (Moskalenko) was born in Kherson. He was convicted for a series of murders and is a member of the "organized crime ring Moskalov well known in the region".

"According to some information, currently Oleksiy Moskalenko-Levin is enjoying the weather in the Dominican Republic. His father quietly stays in the city and is actively involved in clearcutting," Nayem said on Facebook.

Earlier, Lutsenko said that investigators had identified those who ordered and arranged the murder of Handzyuk. The main version of the crime is her conflict with the local authorities.

Handzyuk was splashed with sulfuric acid in central Kherson on 31 July. On 4 November, she died in hospital.