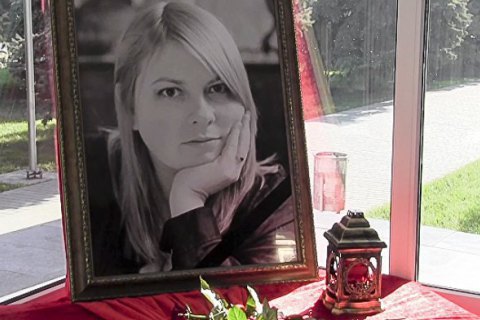 Prosecutor-General Yuriy Lutsenko has said that investigators have identified all those who ordered and arranged the deadly attack on Kherson activist Kateryna Handzyuk.

"As part of these proceedings, an adviser to one of the MPs was declared a suspect. We will shortly announce a number of suspicions which will finally outline a number of persons involved in ordering, arranging and committing this crime," he said in an interview with the ICTV channel.

He said although there are "several dozen scenarios" of this crime, investigators think they have identified the main one.

"And we see the motive. It is Handzyuk's activity against one of the large corruption schemes of the local authorities. We have identified everyone who ordered this murder, who organized it," he said.

On 31 July, Handzyuk suffered an acid attack outside her house. With heavy chemical burns, she was taken to Kyiv and underwent a number of surgeries. However, she succumbed to injuries in a while. Her case stirred protests against law enforcers' inaction.