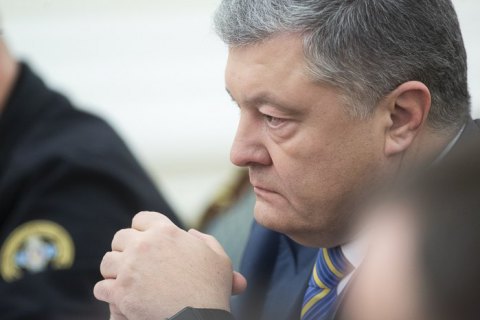 Ukraine has barred male Russians nationals aged 16 to 60 from entering with minor exceptions, the chief of the State Border Service, Petro Tsyhykal, has said at a security meeting with the president, according to the Ukrayinska Pravda website.

"Entry by foreigners, first of all Russian nationals, has been limited. Male nationals of the Russian Federation aged 16 to 60 are not being let in," he said. "There are no restrictions for Ukrainian nationals."

Exceptions for Russians can be made for humanitarian purposes, like the need to attend a funeral.

President Petro Poroshenko said "these measures keep the Russian Federation from forming private army units, which are in fact representatives of the Russian Armed Forces, and from carrying out operations they tried to hold in 2014". Tsyhykal nodded in approval.

Poroshenko also suggested "tightening the rules of registration of Russian nationals in the regions where martial law was introduced".

Ukraine introduced 30-day martial law in the regions bordering on Russia, the Sea of Azov and the Black Sea and the Dniester sector of the Ukrainian-Moldovan border after Russia fired on and captured three Ukrainian naval ships off the Kerch Strait, wounding at least three servicemen.