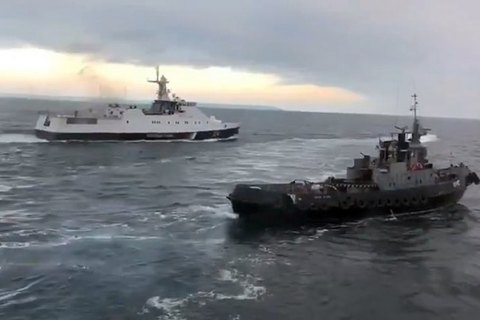 The Ukrainian tugboat Yani Kapur is being rammed by a Russian boat
Photo: Screenshot

A Russia-controlled court in Crimea has arrested for two months nine captured Ukrainian servicemen in addition to the 15 who were arrested yesterday, according to Russian Novaya Gazeta correspondent Anton Naumlyuk.

The nine Ukrainians arrested today are: