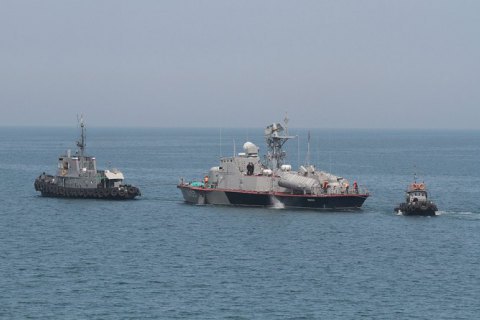 The twelve arrested in Simferopol are:

The three Ukrainians arrested in Kerch are those servicemen who were wounded when the Russians opened fire to kill on three Ukrainian naval boats. These are

Russia insists they are suspected of trespassing its border (Article 322 Part 1 of the Russian Criminal Code). However, the Ukrainian ships were in neutral waters waiting for a pilot to take them through the Kerch Strait on their way from Odesa to Mariupol.

Ukrainian Foreign Ministry Pavlo Klimkin said that given that Russia openly admitted firing on the Ukrainian ships, the captured servicemen must be considered prisoners of war and treated accordingly.