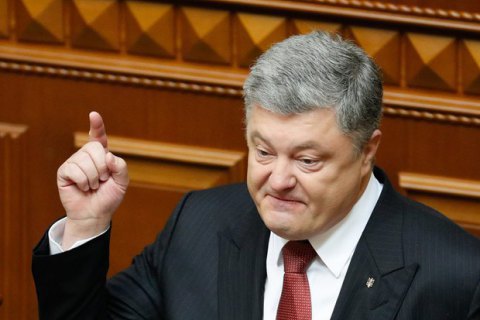 President Petro Poroshenko has announced a new decree on martial law. Under the document, the new framework will be put in place for 30 days to enable the presidential election to be held as scheduled, on 31 March 2019. There will be no restrictions of rights and freedoms.

"The National Security and Defence Council today recommended a 60-day martial law. I would like to brief you on my decision to suggest that parliament declare martial law for 30 days to avoid overlapping with the beginning of the election campaign even by a day so that those who care about their party, their political interest more than about the nation and Ukrainian interest had no more reason for political speculations and allegations. Martial law will last for 30 days and will end in mid-December," he said.

"In the decree, I do not foresee any measures to restrict the rights and freedoms of citizens, censorship and so on," he said.

Mobilisation is not planned either.

Martial law is expected to come in effect on the entire territory of Ukraine as of 0900 local time on 28 November.

The declaration of martial law does not mean Ukraine is declaring a war with Russia.