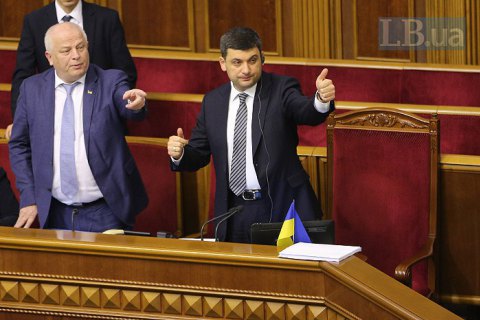 At six in the morning on 23 November, the Ukrainian parliament passed the bill on the 2019 state budget. It was supported by 240 MPs.

The budget has never been approved so early in the year in independent Ukraine. The previous "record" happened when parliament approved the 2004 budget on 27 November.

Finance Minister Oksana Markarova earlier said about the bill that it is "realistic and balanced, all its expenses are backed by receipts, the deficit is not higher than permitted, and the debt burden is decreasing".

The deficit is set at 90bn hryvnyas. The Finance Ministry said that the budget is fiscally balanced and its deficit would not surpass 2.3% of GDP.

The adoption of a balanced state budget was one of the main requirements of the IMF to a new loan programme.