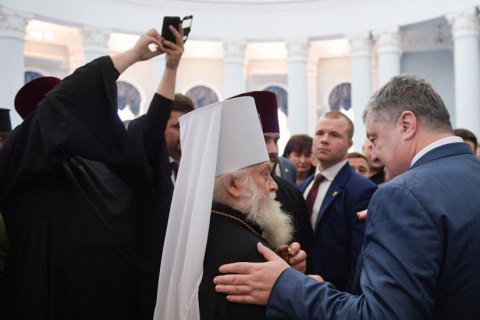 President Petro Poroshenko has met Cherkasy and Kaniv Metropolitan Sofroniy (Dmytruk) of the Ukrainian Orthodox Church of the Moscow Patriarchate.

The senior priest supports autocephaly and is planning to attend a unification congress of Ukrainian Orthodox churches, the president's press service said.

Sofroniy also wanted to meet Poroshenko that day but he told the BBC that he was too tired after the congress of the Ukrainian Orthodox Church of the Moscow Patriarchate.