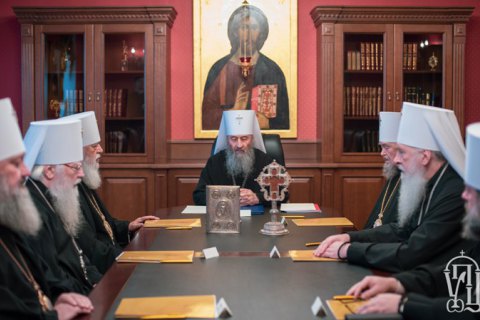 An emergency assembly of the Ukrainian Orthodox Church of the Moscow Patriarchate (UOC MP) has decided to consider the resolutions concerning Ukraine which were issued by the Ecumenical Patriarchate on 11 October invalid and non-canonical. Ukraine does not need an independent church, the UOC MP added, therefore it will not join efforts to create it.

According to the UOC MP, the Constantinople Patriarchate's decision to establish its jurisdiction in Ukraine was "a result of the speculative interpretation of church history".

"Having adopted this non-canonical decision, having recognized dissenters in their current status, the Constantinople Patriarchate took the path of dissent in accordance with church rules," the UOC MP said.

Therefore, it deems it inappropriate to continue Eucharistic communication with the Ecumenical Patriarchate.

"The process of granting the so-called tomos on autocephaly is artificial, externally forced upon and does not reflect inner church needs. It will bring no real church unity and will deepen the divide and escalate conflicts among Ukrainian people," it said, repeating that it would be part of the process.