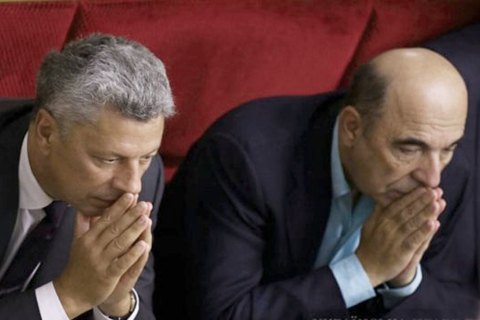 A co-chairman of the Opposition Bloc, Yuriy Boyko, is leaving the party. In 2014, it was formed on the debris of ex-President Viktor Yanukovych's Party of Regions.

His new Opposition Platform-For Life will evolve into a political party, he said.

"I am convinced we are on the right track. Several more public organizations and political parties are joining our political platform. Negotiations are underway and everyone will learn about these organizations shortly. Our united platform will transform into a political party," he said on the air of 112 Kanal TV, according to UNIAN.

On 9 November, Boyko and the leader of the For Life party, Vadym Rabinovych, signed an agreement on the creation of Opposition Platform-For Life.

According to Rabinovych, the platform seeks to unite all pro-opposition forces.