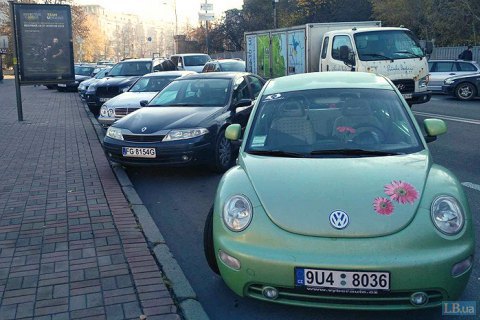 Parliament passed bill No8488 on the introduction of amendments to the Customs Code, which in particular regulates the import of vehicles to Ukraine.

It boosts fines for the illegal use of cars registered abroad.

The transfer of a private car to a person who did not import it is punishable with a fine of 34,000 hryvnyas.

Police may stop cars with foreign registration to check their documents.

Earlier on 8 November, parliament passed the bill on a new formula of excise duty on the customs clearance of cars with foreign registration, which will be calculated by multiplying the base rate by the engine coefficient (volume/1,000) and age coefficient (number of full calendar years).

The base rate is 50 euros per car with petrol engine and 75 euro per diesel car. For heavy vehicles, they will make 100 and 150 euros correspondingly.