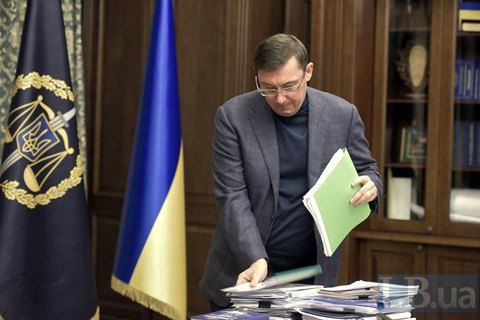 "Yes, he has handed it over," she confirmed.

The president has not reacted to this yet.

An activist, volunteer and Kharkiv city council employee, Kateryna Handzyuk, died in hospital on 4 November, three months after she was attacked with sulfuric acid. Five suspected attackers have been detained. However, the masterminds of the murder are still unknown.

On 6 November, law enforcers reported in parliament on the progress in the case. Lutsenko said there was a leak to the press which derailed the investigation.

At a meeting with MPs, he vehemently insisted that he would resign if they decide to form an ad hoc investigative commission on Handzyuk's case.