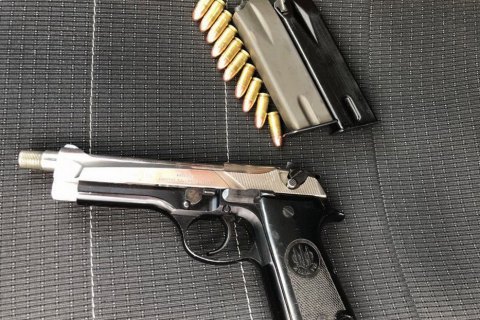 The Security Service of Ukraine (SBU) has blocked an arms and ammunition smuggling channel run by supporters of the international terrorist group Islamic State (ISIS).

The SBU recorded the sale of two foreign-made pistols and cartridges to them.

One of the gang members was detained as a result of the special operation, the SBU said on its website.

He is wanted in his home country for participation in paramilitary groups, armed conflicts or military actions abroad and for financing terrorism.

During the search, law enforcers confiscated four F-1 and RGD-5 grenades, fake documents, and the insignia of an international terrorist organization, and money from the sale of arms and ammunition.