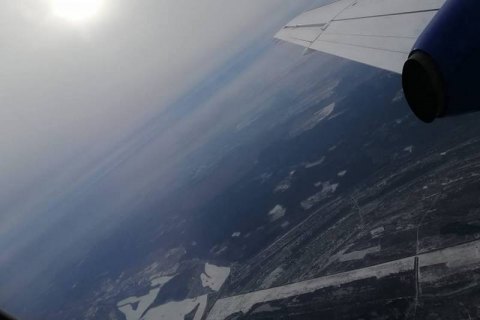 A Swedish twin-engine turboprop aircraft Saab 340 took off from Mykolayiv International Airport on the return service to Kyiv on 19 November.

According to Prestupnosti.NET, this was a test flight "to involve the airport in the general air transport system".

Airport director Fedor Barna said that the test flight was a success which allows the management "to enter into serious and specific negotiations with airlines on involving Mykolayiv airport into the general air transport system" as of 20 November.

The last regular service from Mykolayiv airport was made in spring 2013. In 2016, the airport was cut from power supply over debts.

In 2017, the airport had its runway and lighting system repaired.

The first international charter flights are expected to be launched by the end of 2018.