A delegation from the Taliban, a terrorist organization as recognized by the UN Security Council in 2003, paid an official visit to Moscow, the capital of the Russian Federation, to attend a conference on Afghanistan on 8 November.

On the one hand, the meeting seems to be too improbable to be held officially, while, on the other hand, over the past few years, the pace of Moscow's rapprochement with the terrorist group has become so rapid that sooner or later, the Kremlin simply had to "legalize" their ties.

Just last March, US Forces-Afghanistan Commander Gen John Nicholson in an exclusive interview with the BBC warned of the Taliban getting increasingly cosy with Moscow.

The top military official pointed to the fact that Russia had been supplying Taliban forces with arms and ammunition via Tajikistan. At the time, Russia denied the US allegations of its support for the Taliban.

Today we are seeing quite the opposite as the Kremlin has, in fact, made a distinctive move to legitimize the rogue organization, which is, ironically, also recognized as "terrorist" in Russia according to the Supreme Court ruling of 14 February 2003. 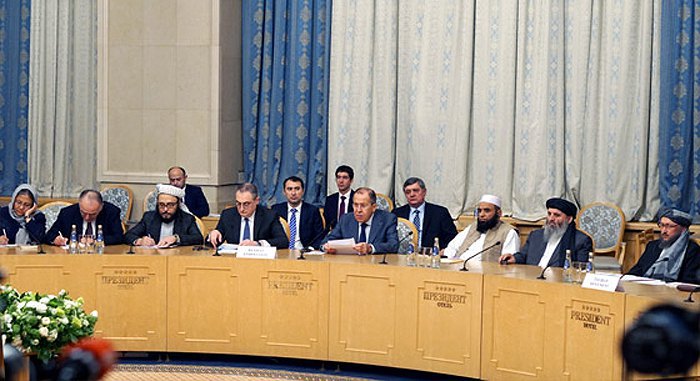 Photo: afghanistan.ru
Russian Foreign Minister Sergey Lavrov and a Taliban delegation during the international conference on Afghanistan in Moscow, 9 November 2018

What is the Kremlin's excuse?

The Kremlin claims it is the growing threat coming from Islamic State in Afghanistan and the "Taliban factor", a force that cannot be ignored, that give it a legitimate excuse for maintaining such contacts. But what really stands behind Moscow's latest efforts?

The thing is that Russia's interference in the internal affairs of countries across the Middle East and Central Asia is traditionally explained by countering the artificially created "terrorist threats", including Islamic State. After all, it was the "fight against IS" that Russia used as a pretext for its official support for Bashar al-Assad's regime in Syria.

At the same time, Russia has expanded its presence far beyond Syria, covering the Central African Republic and intending to gain a foothold in Libya, whose Field Marshal Khalifa Haftar recently flew to Moscow to coordinate the volumes of the Kremlin's aid.

Meanwhile, Afghanistan is equally important for Russia which uses it as a springboard for spreading its influence, and it is the Taliban terrorist group, whom the Kremlin once fought in the Soviet era, that has now become Moscow's pillar in a new era. 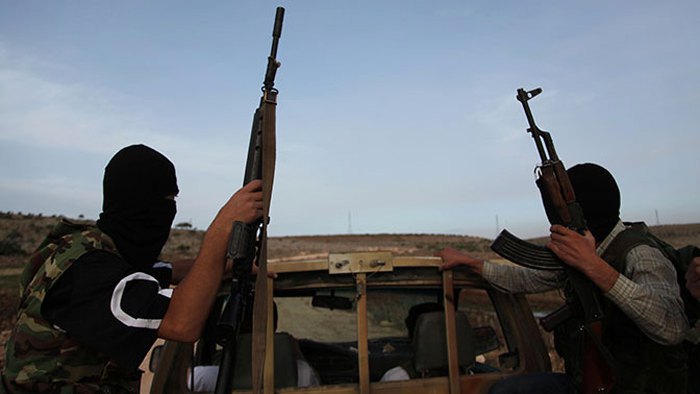 Back in 2017, Russian Police Gen Andrey Novikov said that IS terrorists were fleeing Syria and seeking shelter in Pakistan and the bordering areas of Afghanistan. Gen Novikov hinted at northern Pakistan, as well as the nearby areas in Central Asian states and China's Xinjiang Uygur autonomy.

Thus, Russia has sent a signal to the neighbouring states that Moscow's sight will shortly be focused precisely on this strategic region. Any attempts to hinder the Kremlin's fight against Islamic State or rather spread their own influence could result in acts of hybrid provocation in Tajikistan, Turkmenistan or Uzbekistan.

In the said interview, Gen Nicholson noted that the IS influence on the region is extremely exaggerated, while Russia's assistance to the Taliban is greatly underestimated. Moreover, Russia not only supplied small arms but provided military training. For example, after joint drills are held together with Tajikistan forces, part of Russian military equipment is simply left behind, only to resurface later at the Taliban's disposal.

At the same time, the Taliban, which has increasingly been presenting itself as an independent regional player, see Russia's latent assistance as a promising alternative. And after the 8 November acknowledgement in Moscow, its confidence in the new partner has only increased. That confidence boost has led to another brazen terrorist act the Taliban committed in Afghanistan, killing 25.

When a terrorist organization or another rogue or outlawed group is undergoing a process of political recognition, they usually try to refrain from such violent acts. However, apparently, Russian Foreign Minister Sergey Lavrov gave Taliban a sort of a carte blanche, or a set of reassuringly solid guarantees, allowing terrorists to pursue with the violence.

In response, Moscow expects to receive from the Taliban something bigger than just guarantees of support in the region. And, given the Kremlin's appetites and ambitions, it would be safe to assume that this month, Russia, in fact, acquired a new private army in Afghanistan, and its name is the Taliban. This private army might as well threaten not only the neighboring states, strengthening the Kremlin's regional influence, but also pose menacing risks to the pro-US government in Kabul. 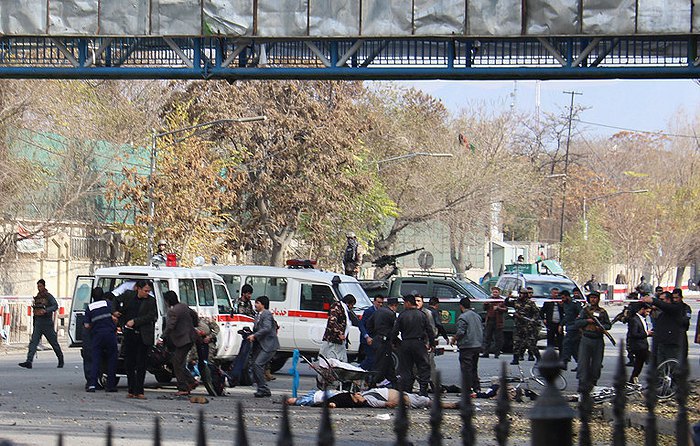 However, having so zealously taken up its Afghan project, Russia failed to take into account a number of adverse factors. Moreover, partnering up with Taliban and legalizing it, at least in Russia, where the media have ceased mentioning that the organization is “prohibited by law”, is perhaps the slightest problem posed by the latest developments, if it's a real problem at all.

It may seem that Russia has launched its project in Afghanistan while riding a completely favorable tide, as the United States' desire to keep abreast of the region has smoldered out. The US forces could actually withdraw from the country as Washington is refocusing on more pressing problems. And then Moscow will immediately find itself in the cross-fire of interests of China, Iran and Pakistan. Neither of the three powers is likely to be happy about the emergence of another player in the region.

It will be extremely difficult for Russia to convince these three states, claiming their own hegemony in the region and facing constant territorial issues, including because of Taliban’s activities, that the Kremlin has good intentions.

For example, for 10 long years, Pakistan has been trying to force Taliban fighters out of the country's North and South Waziristan regions, the territories they invaded back in 2001. Iran has a similar problem as the Balochi people harbor separatist intentions to create their own state on the border with Afghanistan. Meanwhile, China has to nip the idea of Great Turan in the bud.

Meddling in these countries' domestic affairs could radically change their attitude towards Russia. After all, encroachment on the integrity of Iran may reflect on the Kremlin's Syrian campaign, Pakistan could fundamentally review its political cooperation with the Kremlin, while threatening China, which has the longest border with Russia and the largest diaspora in Russia's Far Eastern region, would be a suicidal move.