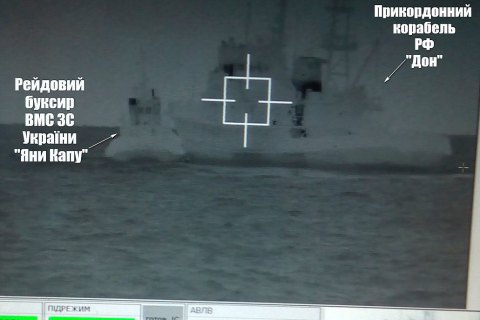 The head of apparatus at the Security Service of Ukraine (SBU), Ihor Huskov, has named the SBU officers who were captured during the Russian attack on three Ukrainian naval ships off the Kerch Strait on 25 November.

One of them, Vasyl Soroka, was seriously wounded.

According to Huskov, Soroka carried out numerous missions in the antiterrorist operation in Donbas.

The second captive is Andriy Drach. In 2014, he refused to defect to Russia during the annexation of Crimea.

Both were arrested today until 25 January 2019 by Russia-controlled Crimean courts.

The Russian attack took place in neutral waters and is a gross violation of international maritime law.