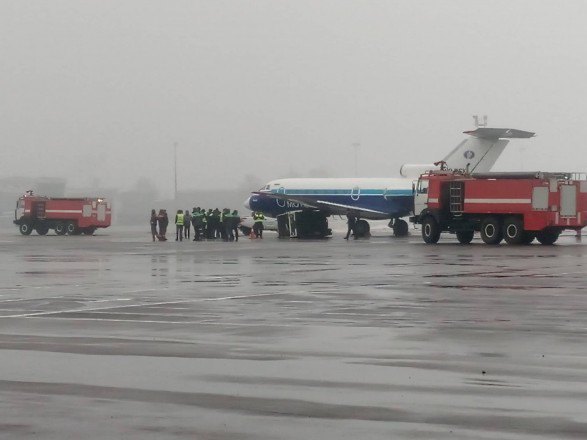 The airport's press secretary, Halyna Bohdanenko, said no-one was hurt in the incident. However, the plane's wing was damaged, according to Hromadske.

"According to preliminary reports, the pilot is to blame for the incident because he started moving without an order," she said.