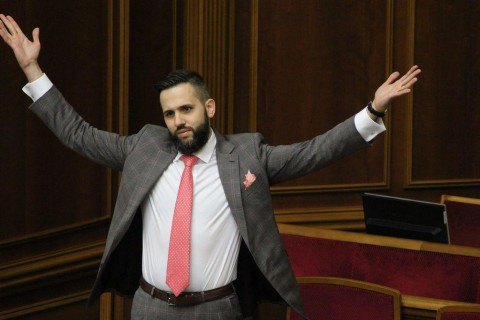 Kiev councilor Serhiy Husovskyy, some of his fellow councilors from the Kyiv Team group, People's Front MP Anton Herashchenko, Deputy Trade Minister Maksym Nefyodov, journalist Yuriy Butusov, representatives of the Institute of the Future think-tank and former Minister of Economic Development and Trade Aivaras Abromavicius met in Kyiv today to discuss the creation of a new social and political movement, a source has told LB.ua.

The working name of the movement is "People are important".

According to the source, it plans to evolve into a political party and "intends to cooperate with any president" who wins the election.

It allegedly has 500 supporters in the regions.

The participants in the meeting were handed a "manifesto of Ukrainian liberals". It said the movement's main task is to "bring Ukraine out of the socio-economic crisis to the level of the most developed democracies in the world". From the title of the document, it follows that the movement plans to fill the liberal niche.