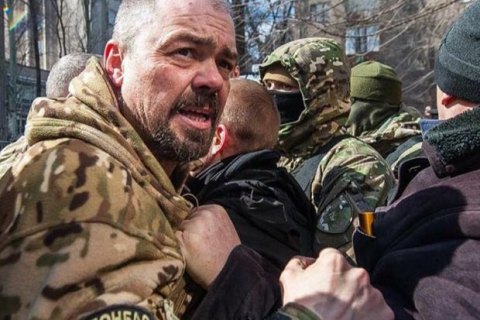 A man suspected of ordering the murder of former Donbas battalion member Vitaliy Oleshko (codename 'Sarmat') has been detained in Kharkiv when he was about to fly abroad, the first deputy chief of the National Police, Vyacheslav Abroskyn, has said on Facebook.

"A resident of Dnipro was detained while trying to cross the border in Kharkiv international airport yesterday. He is justifiably suspected and is one of the masterminds of the murder of a public activist, participant in the antiterrorist operation, Vitaliy Oleshko, who was killed in Berdyansk on 31 July 2018," he said.