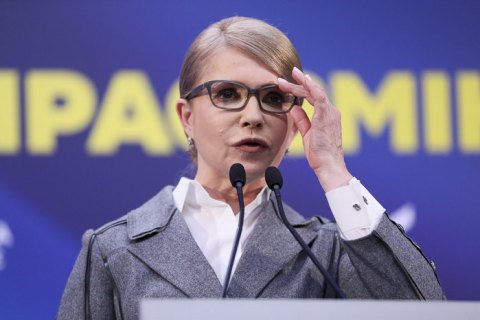 Fatherland party leader and presidential candidate Yuliya Tymoshenko has not acknowledged her defeat in the presidential election, saying they were "rigged and perverted" by authorities.

Speaking at a briefing on 2 April, Ukrainians "lost a chance to change the country for real".

"The election was falsified before, during and after. This is confirmed by our parallel vote count and all the researches we made," she said.

However, she added that she would not contest the election results because she does not trust the judiciary which were "privatized" by the president.

She heavily criticized President Petro Poroshenko but did not mention election frontrunner Volodymyr Zelenskyy. Still, she said that she would not support either of them in the runoff.

The Ukrainian presidential election will go into the runoff as none of the candidates managed to score over 50% of votes.