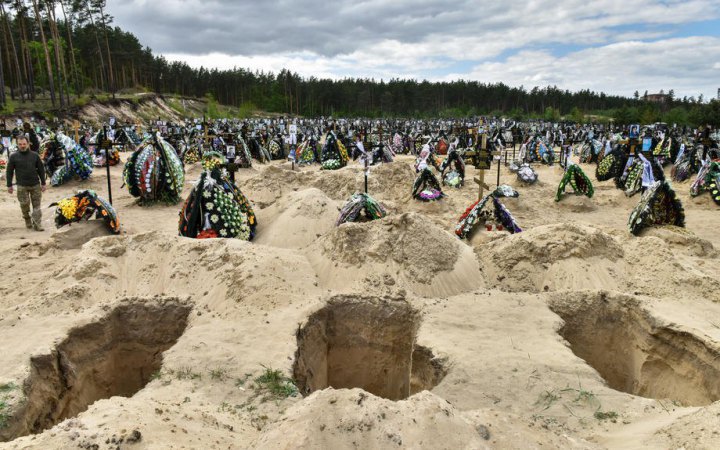 Russia is responsible for the genocide and atrocities that indicate the “intention to destroy” the Ukrainian people.

This is stated in a new legal analysis signed by more than 30 independent experts, according to The Washington Post.

The joint report by the New Lines Institute for Strategy and Policy in Washington and the Raoul Wallenberg Center for Human Rights in Montreal is the work of about three dozen experts on genocide and international law, including several former ambassadors and others involved in setting up and reviewing international criminal tribunals.

Their analysis pointed to the practice of genocide used by russian troops, including evidence of mass executions and torture of civilians in russian-occupied areas, as well as deliberate strikes on civilian shelters, evacuation routes and humanitarian corridors, and sieges of Ukrainian cities and towns. indiscriminate bombing of residential areas. The report contains information on sexual violence and the forcible deportation of Ukrainians to russia.

The report cites statements by high-ranking russian officials and state media commentators denying the existence of a separate Ukrainian identity, as well as inhumane statements that Ukrainians are Nazis and “therefore deserve punishment.” The report also states that the russian authorities have rewarded the military suspected of massacres in Ukraine.

“Proportionate propaganda is provided by highly influential political, religious and state media outlets, including President Putin,” the report said. “There is growing evidence that russian soldiers have mastered the state propaganda campaign and are responding to it by repeating its content, committing atrocities.”

Under the Convention on the Prevention and Punishment of the Crime of Genocide, all UN members have committed themselves to preventing and punishing genocide.

“We understand that there is a reluctance to refer to the Genocide Convention,” wrote Irwin Kotler, head of the Raoul Wallenberg Center, in an afterword to the report. “But widespread and systematic atrocities against Ukrainians call for determination.”