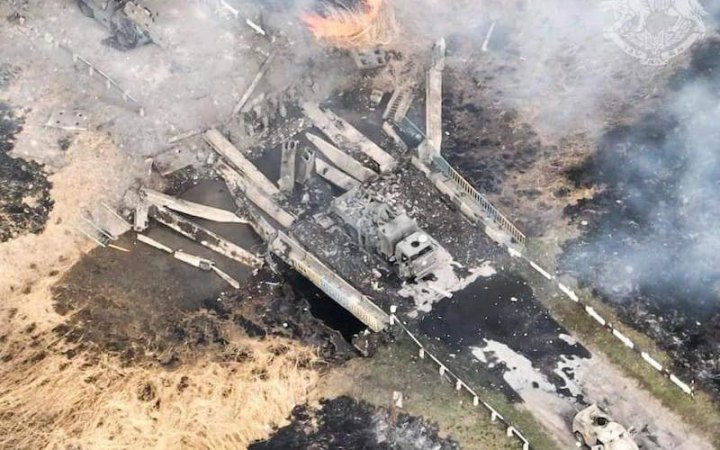 Invaders, who were going to intensify in the Kharkiv direction, were destroyed
Photo: General Staff of the UAF on Facebook

In the Kharkiv direction, russian troops are trying to hold the previously captured territories and unsuccessfully attempt to advance in the directions of Dovgenke - Dolyna and Brazhkivka - Vernopil.

Oleg Synegubov, the head of the Kharkiv RMA, wrote about this in the Telegram.

During the past day, the enemy continued to fire on the settlements of Kharkiv and Chuhuiv districts. As a result of the shelling of the village of Tsyrkuny in the Kharkiv district, residential buildings, outbuildings were destroyed, and fires broke out. Dergachi and surrounding villages were fired upon with heavy weapons. No one was injured.

The enemy also fired on the settlements of Chuhuiv district. A 52-year-old man was injured in Chuhuiv. In the villages of Korobochkine and Chkalovske 2 people were wounded. 2 more wounded in Malynivka village. An elderly woman was injured in the town of Balaklia, Izyum district.

"In the Kharkiv direction, the occupiers are trying to fire on the positions of our defenders and hold back the previously occupied territories. In the area of Cherkasy Tyshky, the russians used phosphate munitions. Izyum area is the hottest. The invaders are trying to attack in the directions of Dovgenke - Dolyna and Brazhkivka - Vernopillya. Our armed forces hold their ground", - the head of Regional Military Administration wrote.

According to the General Staff, in the Kharkiv direction, enemy units are trying to prevent further advance of our troops to the State Border.

On June 3, eight civilians, including an 11-year-old child, were injured in the shelling of Balaklia.