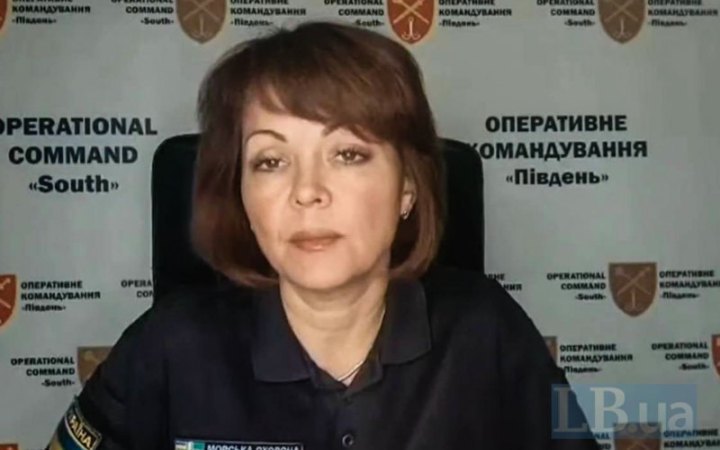 In the South of Ukraine, russian troops are not advancing anywhere and are unable to conduct offensive actions - the spokeswoman of the press center of the OK South Natalya Humenyuk said at a briefing.

"They cannot move forward. They are holding on to the defence lines that they have been arranging for themselves for a long time, in particular with the use of reinforced concrete structures. In Kherson Region, in our area, as it is an open surface, there are endless steppes, with nothing to hide behind, and there are very few forests. Therefore, they use the fortifications that they have been building for a very long time, exclusively in defensive mode," she noted.

Moreover, Humenyuk "noted" the unsuccessful offensive actions of the occupier.

"They have no advance anywhere... They tried to forward a tank platoon yesterday. The first tank exploded on an anti-tank mine. The other two turned around and returned to their positions," the spokeswoman said.

Humenyuk added that the best option for the russian servicemen is to surrender. According to her, the russian military is aware of how to do this and has all the necessary information.