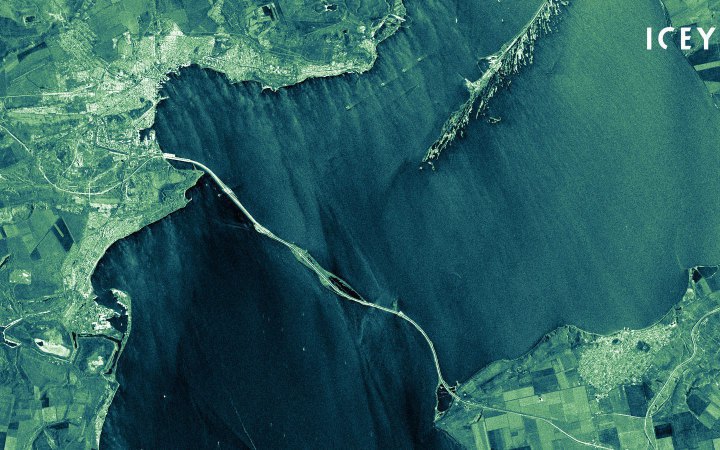 Defence Minister Oleksiy Reznikov told about the results of the "people's satellite", which was purchased by the Serhiy Prytula Foundation in August.

"As probably everyone remembers, thanks to the donations of Ukrainians, the Defence Forces of Ukraine received access to information from the ICEYE satellite constellation. One satellite is fully working for the needs of our defence, almost 20 more are involved when necessary," he wrote on Facebook.

Reznikov stressed that all expectations regarding the satellite's operation have been fully met. The Defence Forces of Ukraine, first of all, the combat brigades of the UAF, have been receiving data from ICEYE satellites for some time now. The images are directly decoded and processed by the specialists of military intelligence of the Ministry of Defence who have undergone appropriate training.

"For obvious reasons, I cannot disclose all the details, but just imagine: during the first two days of the satellite's operation, more than 60 units of military equipment were detected, which the enemy tried to disguise in forests and other barriers. It was detected because ICEYE satellites collect information using Synthetic Aperture Radar (SAR) technology. This equipment would be very difficult or impossible to notice through optical satellites. Instead, the coordinates of what was "hidden" were promptly transmitted for fire damage. In particular, in the area of Khreschenivka and Ukrainka in Kherson Region, as well as near Novoselivka in Donetsk Region," the Minister of Defence noted.

He also stressed that in two days the enemy lost armored vehicles worth more than the entire project with satellites.

"But most importantly, it helps to save the lives of our warriors, which are priceless," Reznikov added.

He also named some advantages of ICEYE satellites:

The satellite flies over our territory twice a day. Only the Ukrainian side receives images from the Ukrainian territory. When it flies over another territory, it is possible to receive intelligence data thanks to accessing the SAR constellation of ICEYE satellites.