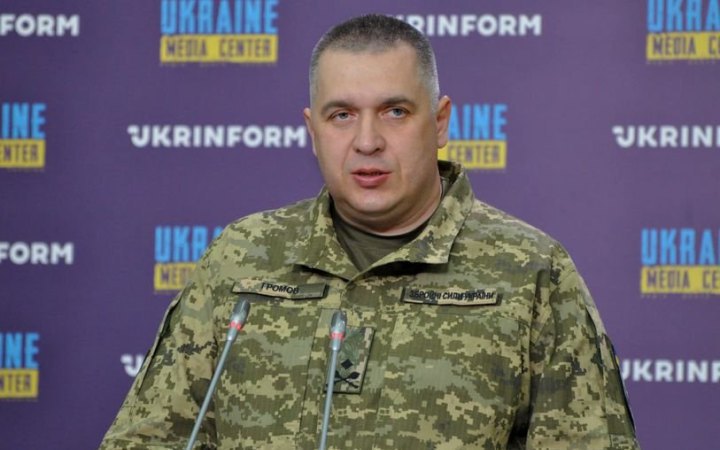 The Ukrainian Armed Forces are holding back Russian invaders on the ground along the line running for 3,390 km, with the active front-line section reaching 850 km, the deputy chief of the Main Operational Directorate of the General Staff, Brig Gen Oleksiy Hromov, has said.

"The enemy continues to resist, pulls up reserves, mobilises," he noted.

He added that 78 combat engagements with Russian troops have taken place this week. The Ground Troops and the Air Assault Troops with the support of the Air Force aviation and other military units, as well as the National Guard, State Border Service and other defence forces, continue to be engaged in the next stage of active efforts in the Slobozhanshchyna operational area.

Hromov said that the Ukrainian military had liberated 1,000 sq km and establish control over more than 50 settlements.