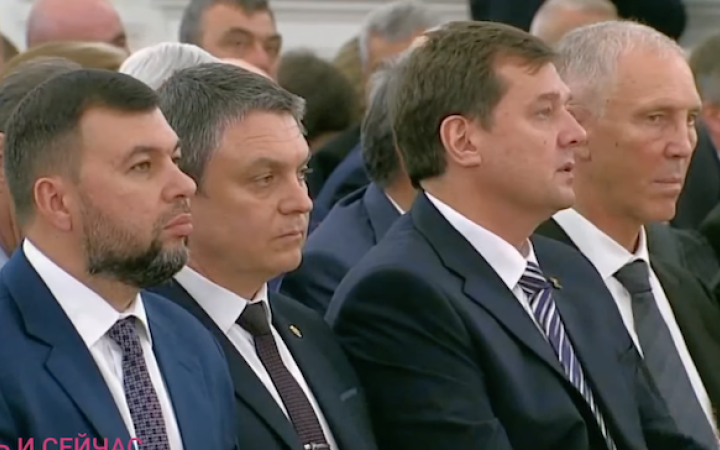 Russian President Vladimir Putin announced the illegal annexation of four regions of Ukraine: Kherson, Zaporizhzhya, Luhansk, and Donetsk. None of them is fully controlled by the enemy army. The Kremlin believes that in this way they will become "subjects of the russian federation". Neither Ukraine nor the world will recognize the annexation.

Terrorist leaders of Donetsk and Luhansk Regions and collaborators from Kherson and Zaporizhzhya Regions were brought to the Kremlin Palace to announce another crime. Russian officials also gathered there. Putin was almost 20 minutes late with his speech. In his speech, he also mentioned how "the great country was ruined" in 1991. He said that the "choice" (which was never there) of people from Kherson, Luhansk, Zaporizhzhya, and Donetsk Regions regarding the illegal annexation "will not be discussed" during the negotiations with Ukraine.

Putin announced that the agreements are being signed to "accept Donetsk, Luhansk, Zaporizhzhya and Kherson Regions into the russian federation. The Kremlin leader said that they would be "separate entities". To justify this decision, Putin referred to the pseudo-referendums, the results of which were predetermined by the occupiers before the start of this farce, in which armed russian troops forced the people to participate.

After the sham pseudo-referendums of 23-27 September, during which russian soldiers with machine guns went to Ukrainians' homes forcing people to vote, Putin's spokesman Dmitry Peskov said that russia would continue the war until the territory of Donetsk Region was completely "liberated", i.e. occupied.