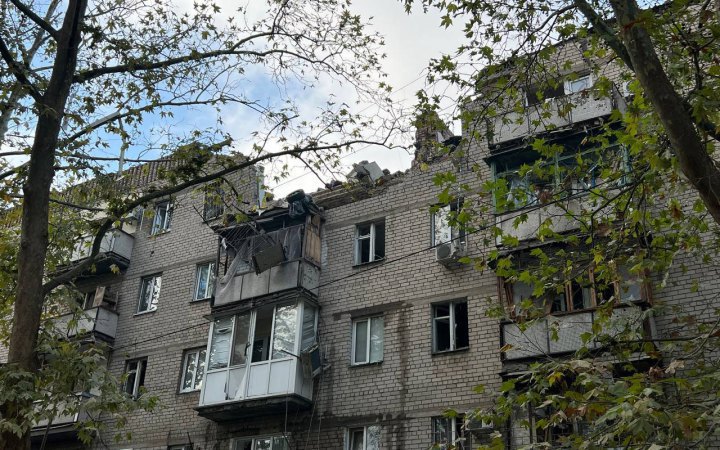 Five people, including a three-month baby, were wounded when Russian troops hit a residential house in central Mykolayiv with an S-300 missile this morning, the head of the regional military administration, Vitaliy Kim, has said.

Flats on the fourth and fifth floors were ruined and cars parked in the backyard damaged, mayor Oleksandr Senkevych said.

In other district, the missile attack damaged several residential buildings and a warehouse.

After midnight, Russians once again used Iranian-made Shahed drones to target the city.