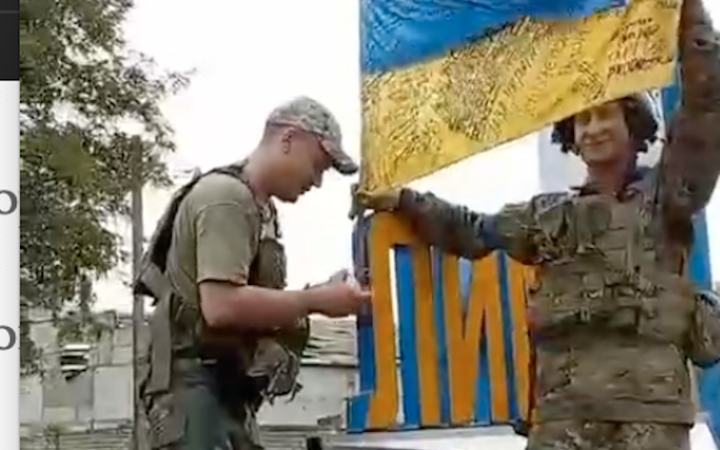 Ukrainian defence forces have hoisted the national flag at the entrance to the city of Lyman, Donetsk Region, as seen in the video posted by presidential chief of staff Andriy Yermak.

"We are unfurling our national flag, installing it on our land on 1 October. Lyman. Everything will be Ukraine!" Ukrainian defenders said.

Lyman, a town in Donetsk Region, has seen fierce fighting in recent days. The spokesman for the Eastern group of troops reported today that the Russian garrison near Lyman is surrounded. Yampil, Novoselivka, Shandryholove, Drobysheve, Stavky have been liberated and stabilization measures are underway there.

Earlier, the head of the Luhansk regional military administration, Serhiy Hayday, also said that over 5,000 Russian occupiers had been surrounded in the Lyman area.