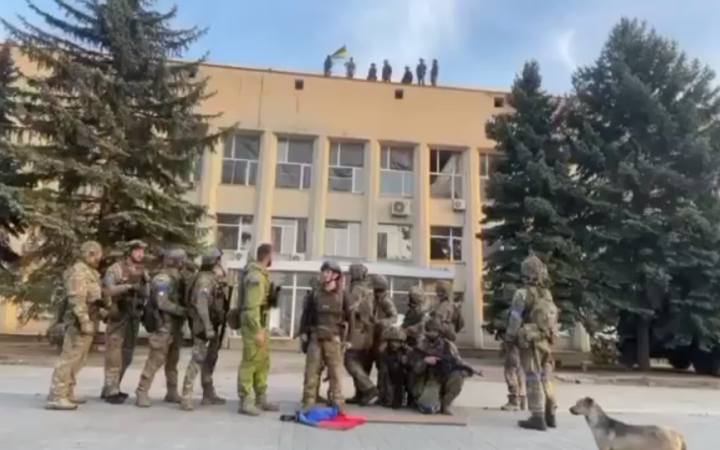 The 81st Separate Airborne Brigade has announced the liberation and capture of Lyman in Donetsk Region.

"Today the Armed Forces of Ukraine, namely the 81st Separate Airborne Brigade together with the units of the National Guard of Ukraine, the Kulchytsky battalion liberated and took control of the population centre of Lyman in Donetsk region," the military said.

"Ruscists should know that they will not live on our land," they said.

Our defenders threw Russian flags from the roof of the administrative building and installed the Ukrainian flag instead.

Earlier, the Defence Ministry reported that the Armed Forces liberated five population centres near Lyman, and the Russian group was surrounded.