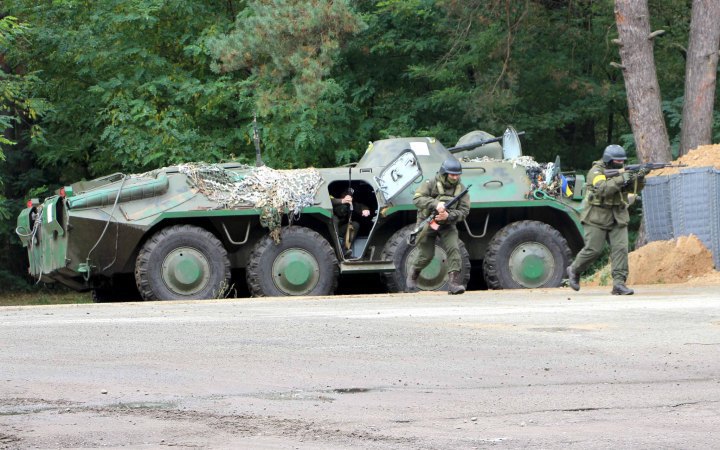 Up to seven battalion-tactical groups have been deployed along the border in Belarus, and exercises have been going on for almost six months, the Commander of the Ukrainian Joint Forces, Lt-Gen Serhiy Nayev has said, as quoted by ArmyInform.

"We know that Belarus is an ally of the Russian Federation in the aggression against our country. Bomb and missile strikes against our state were carried out from the airspace of Belarus. In addition, up to seven battalion-tactical groups are kept along the state border of Belarus. Systematic exercises involving both their armed forces and other components of their security sector have been ongoing for almost six months," Nayev said.

Belarus's infrastructure, in particular railway and airfields, is being prepared to receive new units, possibly from Russia.

"At the moment, there are no cases of reinforcement by the Russian Federation on the territory of Belarus, but we know that such a threat may materialize in the future," Nayev said.