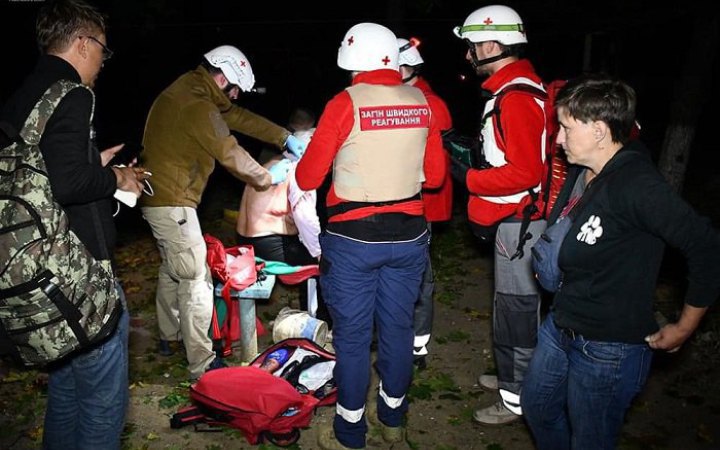 This morning, Russians shelled Mykolayiv with S-300 missiles. High-rise buildings were damaged, a fire broke out in one of the buildings as a result, the head of the Mykolayiv regional military administration, Vitaliy Kim, has said.

"At about 03:45 on the morning of 2 October, Mykolayiv came under rocket fire from S-300 anti-aircraft missile systems. In particular, hits were recorded near two four-storey buildings. As a result, the houses were damaged, and a fire broke out in one of them. A hit was also recorded near the hospital. In total, seven people were injured by the shelling," he said.

Russian troops fired with a 120-mm mortar and a Grad multiple rocket launcher at Mykolayiv District on 1 October. They fired at the port area and infrastructure of Ochakiv. There were no casualties.

On the night of 2 October, two people were killed and a residential building was partially destroyed as a result of Russian shelling of the Shevchenko village. There were also explosions in Kalynivka, the Voskresensk community.

"Bashtanka District: the outskirts of the Bereznehuvate station were shelled during the day, five private houses were damaged as a result of shelling. No-one was injured. Today, at 4 a.m. on 2 October, the outskirts of Novooleksandrivka village of the Inhul community were shelled. There were no casualties and no destruction," Kim said.

He added that the village of Shyroke came under fire: two residential buildings were destroyed, four houses were damaged, and the administrative building was also hit.