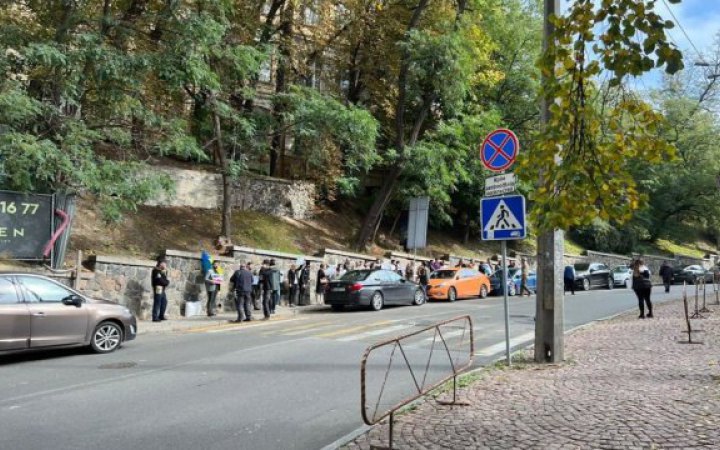 Iranians living in Ukraine held a rally outside the embassy of their country in Kyiv, protesting against the fact that the Iranian authorities are transferring drones to Russia for the war against Ukraine, Ukrinform has reported.

"I believe that this will be an endless curse for the families of those who create these weapons and direct them against civilians in Ukraine. I believe that not only curse - they will get what they deserve. We will even try to sacrifice everything we have today, our security - everything to show that we are not afraid. We want to fight and we have to stop all this," said a representative of the diaspora and member of territorial defence, Goreishi Mansur.

Earlier, Ukraine called on Iran to stop supplying weapons to the Russian Federation and not to justify itself with statements about "external influence".