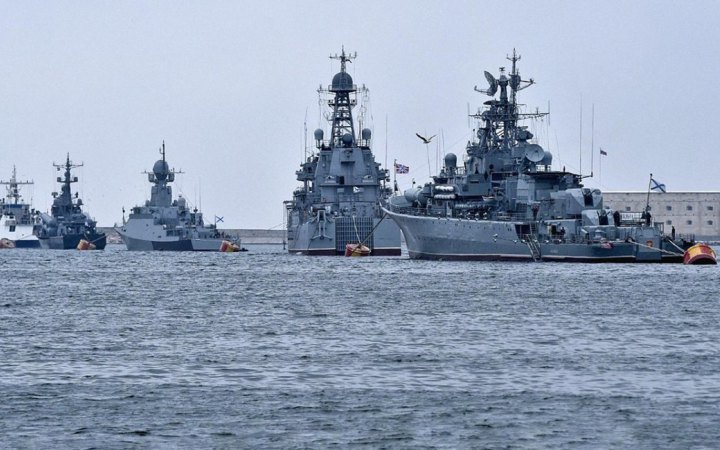 After a series of explosions in Crimea, the Russian military redeployed part of the Black Sea Fleet personnel to Novorossiysk and spread aircraft from the peninsula among airfields in Russia, the Ukrainian Defence Ministry's Main Intelligence Directorate has said.

According to its representative Vadym Skibitskyy, the fleet's auxiliary staff was sent out of Crimea.

"We do not exclude that some warships, supply vessels will be moved from Sevastopol to Novorossiysk as well. To avoid strikes. As for the movements, the grouping in Crimea has not changed, except for the redeployment of aviation, it was spread among the airfields of the Russian Federation, air defence was strengthened by redeploying additional air defence forces and means," he said.

He noted that the occupiers in Crimea have become more careful about such concepts as terrorist threat, threat from the air. They are constantly practising response to such scenarios during the exercises.

Skibitskyy also said that the Russian army continued to move military equipment, ammunition and personnel through the Ukrainian peninsula, using the Kerch bridge. Russians have strengthened its protection since the beginning of the war, primarily by means of air defence and special counterintelligence regime.

Recently, the British Ministry of Defence said that the submarines of the Russian Black Sea Fleet were relocated from Crimea to Novorossiysk because of Russia's fear that they would be attacked.

Earlier, Commander-in-Chief of the Armed Forces of Ukraine Valeriy Zaluzhnyy and the first deputy chairman of the parliamentary committee on national security, defence and intelligence, Lt-Gen Mykhaylo Zabrodskyy, confirmed the Ukrainian Armed Forces had shelled Russian air bases in Crimea.