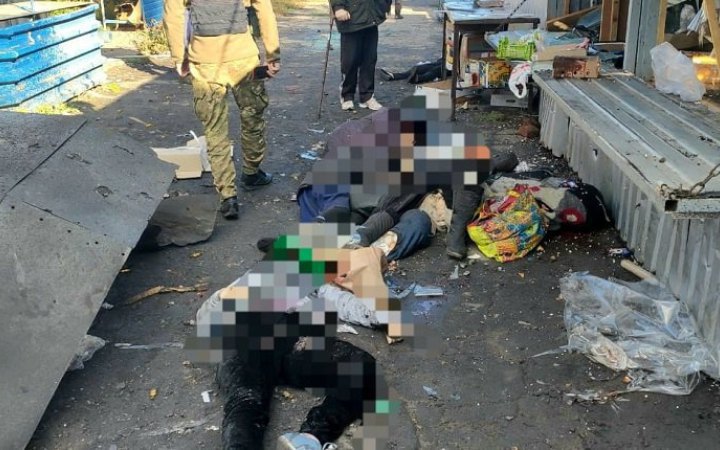 Russian occupiers shelled the central market in Avdiyivka, Donetsk Region. At least seven people were killed and eight were injured, the Head of the Regional Military Administration Pavlo Kyrylenko reports.

"Russians struck at the central market, where there were many people at that time. Such attacks have no military logic - only an unrestrained desire to kill as many of our people as possible and intimidate others. This is the essence of the Russians. Unable to resist the Ukrainian army, they "fight" the unarmed civilians," he wrote on Facebook.

Kyrylenko urged the residents to evacuate.

"After the victory we will all come back home, and now the main thing is to survive!" - he stressed.