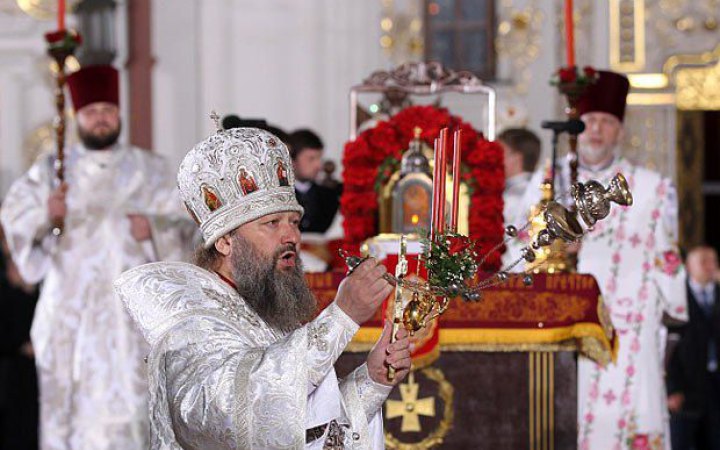 President Volodymyr Zelenskyy has enacted sanctions against the Ukrainian Orthodox Church of the Moscow Patriarchate (UOC-MP), which were approved by the National Security and Defence Council (NCDC) in December.

The relevant decree was published on the president's website. The sanctions list includes 10 people, including former MP clergyman Vadym Novinskyy. Also, the abbot of the Kyiv Pechersk Lavra, Pavlo (Lebid). The rest are Crimean clergymen who actually sided with the invader after the occupation began, as well as fugitives, Metropolitan Ivanov and Bishop Maslennikov, who swore allegiance to the Russian Orthodox Church after the full-scale invasion began.

The restrictive measures were imposed for a period of 5 years.

These sanctions were approved by the NSDC on 2 December. Following the discovery of numerous anti-Ukrainian propaganda materials distributed among clergy and believers, the NSDC initiated a ban on religious organizations affiliated with the Russian Federation. It was also instructed to "ensure within two months the verification of the existence of legal grounds and compliance with the conditions for the use of property located on the territory of the National Kyiv-Pechersk Historical and Cultural Preserve by religious organizations."

NSDC Secretary Oleksiy Danilov explained that the sanctions were imposed not on the UOC but on "certain individuals in cassocks."