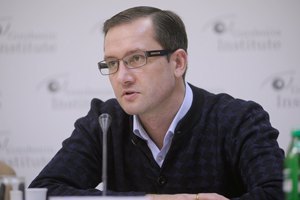 "The government has accepted my resignation. Thanks to all who I worked with," he said on Facebook.

The Cabinet of Ministers has not announced his dismissal on its website yet.

In between his stints with the Finance Ministry, he worked at the business economics faculty of the Odesa National Communications Academy and was on the board of GASE Energy.