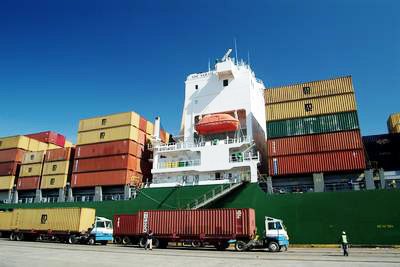 Ukraine, Azerbaijan, Kazakhstan and Georgia have signed a protocol on preferential freight tariffs along the Trans-Caspian international transport route.

The protocol was signed by the acting board chairman of Ukrainian Railways, Oleksandr Zavhorodniy, the chairman of Azerbaijan Railways, Javid Gurbanov, the president of Kazakhstan Railways, Askar Mamin, and Georgian Railway CEO Mamuka Bakhtadze, the Azeri news agency Trend.az has said.

The document sets competitive preferential freight tariffs along the Trans-Caspian route and outlines comprehensive measures on how to simplify train traffic along the route to increase the cargo transport.