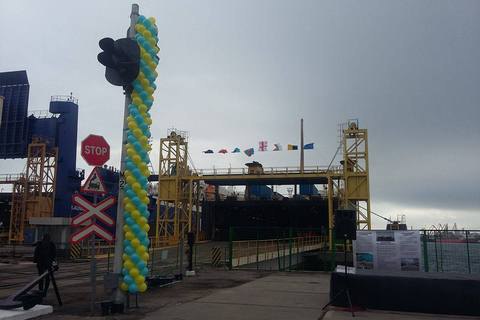 The maiden freight batch to be transported along the Ukraine-Georgia-Azerbaijan-Kazakhstan-China route left the Illichivsk seaport on 15 January 2016.

The route is expected to become a new itinerary along the Silk Route allowing Ukraine to deliver its cargo bypassing Russia. It includes the ferry links across the Black and Caspian seas (Illichivsk-Batumi and Alyat-Aktau-Port). It is also expected to become a competitive option to regular ground transport.

On 14 January, Ukraine, Azerbaijan, Kazakhstan and Georgia signed a protocol on competitive preferential freight tariffs along the route.

Ukraine's Economic Development Ministry earlier said that Russia had de facto blocked any transit of Ukrainian goods across its territory.