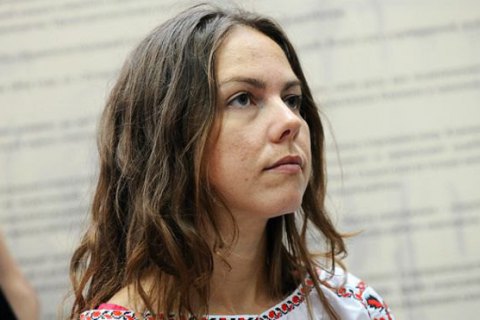 Permanent Representative of Ukraine to the Council of Europe Dmytro Kuleba says sister of Ukrainian MP and pilot Nadia Savchenko now is at the Consulate General of Ukraine in Rostov-on-Don.

"A good piece of news: Vira Savchenko is taking a rest in security on the territory of our Consulate General in Rostov-on-Don. She has got her passport with her. Consul managed to take it from Russians,” Kuleba tweeted early on Thursday/

“The bad news is that Vira was really put on a federal wanted list for insulting a judge in Chechnya [when Ukrainians Karpiuk and Klykh were under trials], that's why we can in next few days bring her back to Ukraine," Kuleba wrote.

He said diplomatic automobile plates and presence of consul saved Vira since Russian didn't dare to break a diplomatic immunity.

Ukrainian President Petro Poroshenko and Foreign Minister Pavlo Klimkin knew about the situation and were involved in its settlement, he said.

"The most important thing now is to taking Vira out of Russia," he said.