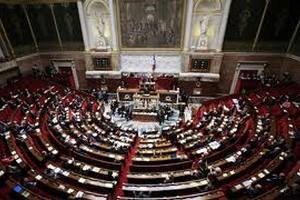 France's lower house of parliament voted in favour of a non-binding vote to lift European Union sanctions against Russia on Thursday.

French deputies voted by 55-44 in favour of the resolution to lift the sanctions slapped on Moscow by the 28-member EU after Russia annexed Crimea and tension escalated with Ukraine, as reported by Reuters.

Former president Nicolas Sarkozy's Republicans party, as well as centre-right and far-left groups voted for lifting the sanctions. The Socialists and Greens voted against the resolution put forward by conservative lawmaker Thierry Mariani, who represents French residents in eastern Europe and Russia.

Thierry Mariani last year traveled to the occupied Crimea. He said the sanctions are "totally ineffective today to solve this international crisis and are dangerous for France's interests."

In mid-March, Francois Hollande, together with German Chancellor Angela Merkel promised the president of Ukraine that the EU sanctions will not be lifted until the full implementation of the Minsk agreements Russian.