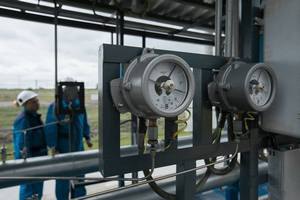 The Security Service of Ukraine (SBU) is conducting a search at the Kyiv headquarters of Ukrhazvydobuvannya, Ukraine’s largest gas company.

Back in February, prosecutors searched four of Ukrhazvydobuvannya's branches to seize documents concerning the company's relations with its equipment suppliers in 2014-15.

Ukrhazvydobuvannya, fully owned by the state-owned oil and gas company Naftohaz Ukrayiny, is Ukraine's largest gas producer, accounting for about 75 per cent of its overall gas production. It also operates the Shebelynka gas refinery.

According to preliminary information, the search warrant was issued within the framework of an investigation dating back to 2014, when Oleksandr Kostyuk, who was in charge of Ukrhazvydobuvannya at the time, was arrested on suspicion of malpractice, which inflicted 23m hryvnyas in damages on the state. Kostyuk was later released on bail worth 1.1m hryvnyas.