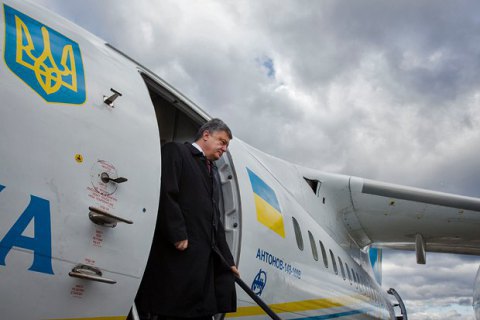 The Ukrainian presidential aircraft will land at the Rostov-on-Don airport within the next few hours, where Ukrainian military aviator Nadia Savchenko convicted in Russia is waiting for it, several sources with knowledge of the situation told Interfax.

"The presidential aircraft carrying Russian citizens Yevgeny Yerofeyev and Alexander Alexandrov will shortly come from Kyiv to Rostov-on-Don, where Ukrainian citizen Nadia Savchenko has already been brought," one of the sources said.

The exchange will take place at the Rostov-on-Don airport, the source said.

Another source told Interfax that Savchenko would be handed over to Ukraine under a bilateral treaty on the transfer of individuals for serving prison terms in their home countries.

"Russian law enforcement officials escorting Savchenko are already in Rostov-on-Don. Based on a bilateral agreement, Ukrainian authorities will hand over the two Russians detained in Ukraine at the same place," the source said.

In the meantime, Savchenko's defense lawyers denied any knowledge of the upcoming exchange.

"I know nothing about this, neither is my colleague Mark Feigin. I think you had better refer to anofficial representative of state authorities," lawyer Nikolai Polozov said.