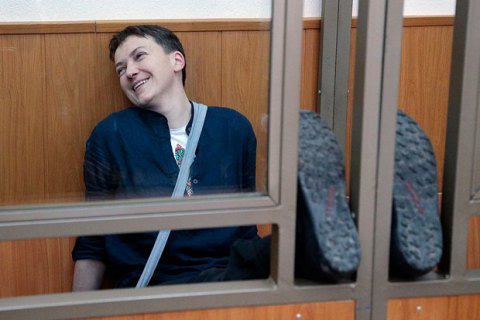 The legal defense for Verkhovna Rada deputy Nadiya Savchenko, who was sentenced in Russia to 22 years in prison, are trying to convince her to file a petition for clemency.

"I will try to convince her, however, and get her consent. For the sake of her own freedom," her lawyer Mark Feigin wrote on Facebook.

The lawyer made public Savchenko's written statement as of 23 March, in which she prohibited to appeal her sentence or petition for clemency.

In the meantime, her another lawyer Ilya Novikov believes it was a good sign that the defense did not file an appeal the sentence.

"This would have delayed the terms, shifted the previously achieved agreements. Since this did not happen, it means we are within the arrangements made and they suggest the exchange will take place in the shortest possible time. I cannot say exactly whether it will be conducted in late May or early June, but we can always hope for the best," he said on the air of 112 TV Channel.

The lawyer described the terms of Savchenko's liberation declared by President of Ukraine Petro Poroshenko by the end of the current month as "pretty optimistic".