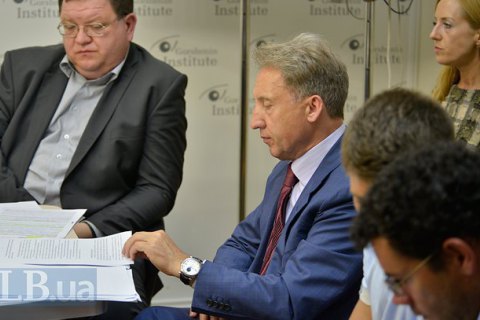 The judicial reform, which is to be approved by the parliament in the near future, will become the most important event since the adoption of the Constitution, the former Minister of Justice Mykola Onischuk said at a roundtable conference titled Judgement Thursday of the judicial reform: will the amendments to the Constitution pass?, held jointly with the Reanimation Package of Reforms civic platform in the press-center of the Gorshenin Institute

"If the changes to the Constitution in the part of justice are adopted, it would be almost a second legal development since the adoption of the Constitution. Especially considering that the reform includes a fundamental and basic law on judicial system and status of judges," he said.

"Impartial and fair justice is a pillar of statehood. Without that we will not have any progress in any area where we would like it to be, be it the economy, combat against corruption and fair social relations," said Onischuk.

On February 2, the Rada adopted the draft judicial reform bill in the first reading. The second reading of the reform is slated to take place this Thursday.