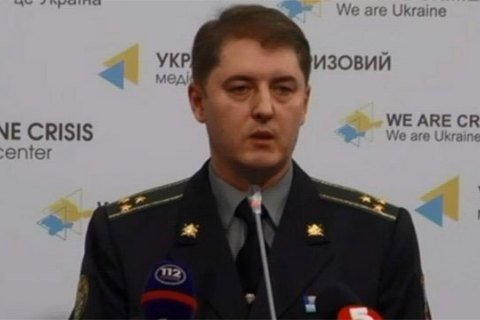 One serviceman killed and two were wounded in the anti-terrorist operation (ATO) zone in Donbas, over the past 24 hours.

“Over the past twenty-four hours one Ukrainian serviceman were killed and two were wounded in combat. The Ukrainian forces sustained these losses in Donetsk direction,” the presidential administration press officer on ATO Col. Oleksandr Motuzniak told a press briefing on 31 May.

According to intelligence reports, two militants were killed and six were wounded in the past day.

Around 30 thousand people were reportedly left without electricity on 30 May due to the enemy shelling of Stanytsya Luhanska.