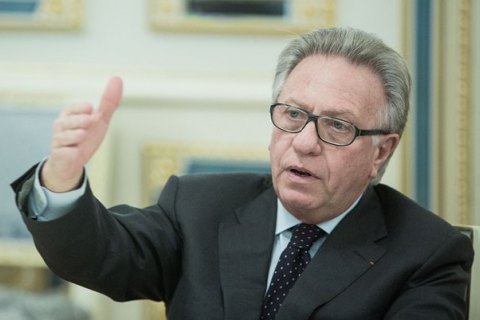 Head of the Venice Commission Gianni Buquicchio has called on people's deputies of Ukraine of all political forces to vote for the amendments to the Constitution in the part of the judiciary to launch the key reform in the country.

"I sincerely hope that the Verkhovna Rada will demonstrate political maturity and responsibility, and that short-term political interests won't prevent the adoption of the reform, which is very important," Buquicchio said in an exclusive interview with Interfax-Ukraine.

"I think everybody is conscious that reform of the judiciary and the prosecution service is crucial for Ukraine's future. Without this reform, Ukraine cannot become a state governed by the rule of law according to the model of the European democracies. This reform is long overdue and has been discussed for many years. This is no longer the time to discuss details. If the amendments were not adopted now, nobody knows when another attempt at reform could be made," Buquicchio said.

The Venice Commission head added that adoption of the amendments would be a clear sign that Ukraine was moving forward. "I therefore call on all political forces to adopt the reform now," Buquicchio said.

According to Buquicchio the draft contains many important steps forward. "It strengthens the independence of the judges by strengthening the High Council of Justice and by removing possibilities for the political organs, both the President and the Verkhovna Rada, to interfere with the career of judges. It provides a constitutional basis for the reform of the prosecution service and removes the supervisory powers of prosecutors outside the field of criminal law. It provides a constitutional basis for removing corrupt or incompetent judges," the Venice Commission head stressed.

Buquicchio took a favorable view of the fact that the draft abolished judicial immunity.

"The Venice Commission worked in close co-operation with the Constitutional Commission and its working group on the judiciary. The results of this co-operation are impressive and we noted an exceptional willingness of the Ukrainian side to take on board the views of the Venice Commission. The final draft differs a lot from earlier drafts, precisely because our recommendations were followed," Buquicchio said.

"The draft amendments fully meet European standards. For this reason I appeal without the slightest hesitation to the Verkhovna Rada to adopt the amendments now," Buquicchio said.