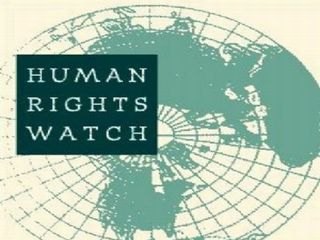 “Ukraine is legitimately concerned about the effects of Russian propaganda, but cracking down on media freedom is a misguided, inappropriate response to whatever disagreement the Ukrainian government may have with Russia’s media coverage about Ukraine,” said Tanya Cooper, Europe and Central Asia researcher at Human Rights Watch. “Targeting journalists in this way inevitably encourages censorship."

On May 27, Poroshenko removed 29 people from the earlier sanctions list, among them journalists from Israel, Estonia, Hungary, Moldova, and other countries, and several Russian journalists from RIA Novosti, RT, and ITAR-TASS, who are based outside Ukraine.