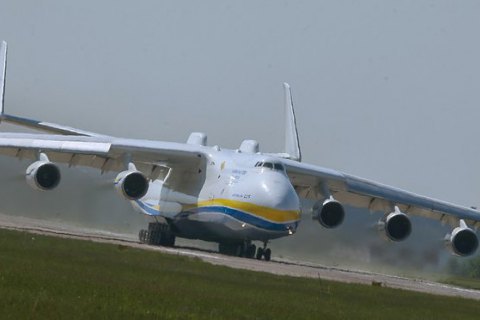 President Petro Poroshenko suggested the state-owned company Antonov to think about the completion of another An-225 aka Mriya.

"There is a chance to build another Mriya, AN-225. We have a body of the unique AN-70. I want you to calculate all possibilities, to carefully study the market and report on the possibility of completion of these iconic planes," the president said at an event dedicated to the 70th anniversary of Antonov.

The only existing aircraft Mriya was built in 1988 and is currently a part of Antonov Airlines fleet. In the late 80s, the second An-225 was launched but has never been completed.

An-225 was designed for the transportation of the Soviet orbital spaceplane Buran and Energy rocket units from manufacturers and alternate aerodromes to the cosmodrome Baikonur in Kazakhstan. The plane was also planned to be used as air launch platform for space launches. The aircraft program was terminated after the collapse of the USSR.