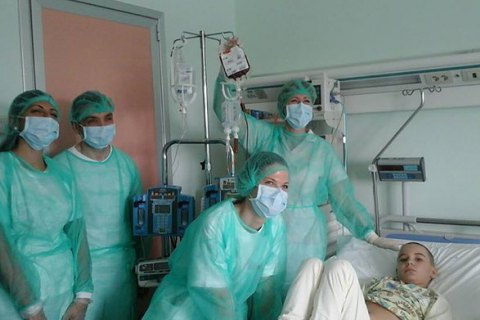 Several Ukrainian charity foundations addressed in an open letter to acting Health Minister Victor Shafranskyy, the head of Rada's health committee Olha Bohomolets, and Prime Minister Volodymyr Groysman requesting to look into the critical situation with the payments, allocated by the ministry, for the treatment of children with cancer abroad.

The letter, posted in Facebook, says that the Commission, designed to disburse the payments, meets once in three months. The last two meetings of the Commission were held on February 22 and 25 May).

The patients, says the letter, some of them with urgent conditions, had to wait for the Commission's decision on the payment for months, whereas many adults and children just do not have time to wait that long. A terminally ill girl died on May 26 because letter of guarantee from the Ministry of Health to pay for treatment abroad was hopelessly delayed.

"This is a direct result of sloppy work of the health ministry's commission," the charity fund claimed.

Currently, fourteen Ukrainian children are awaiting for treatment abroad. The Commission issued the decision on the allocation of payments on 25 May. Three of these children, born in 2006, 1998 and 2014, should receive urgent treatment overseas, i.e. within the next few weeks.

However, the volunteers say, a week after the session of the Commission, no child has received a letter of guarantee from the Ministry of Health, without which foreign clinics refuse to take patients from Ukraine.

The ministry declined to specify what are the official terms to issue such a letter.